Good afternoon!
From today, I'd like to feature Hiroshige's Kyoto famous touristic destination series.
Although Hiroshige (安藤 広重; 1797 – 12 October 1858)  inspired European Impressionists including Manet, Monet and Gogh, as well as Hokusai.
This Great master - is very famous today, however he was poor when you was alive -and additinally, it is said he died of Cholera.
I wish he would be incarnated and enjoy a good life, being rewarded for his past achievements. (lol) 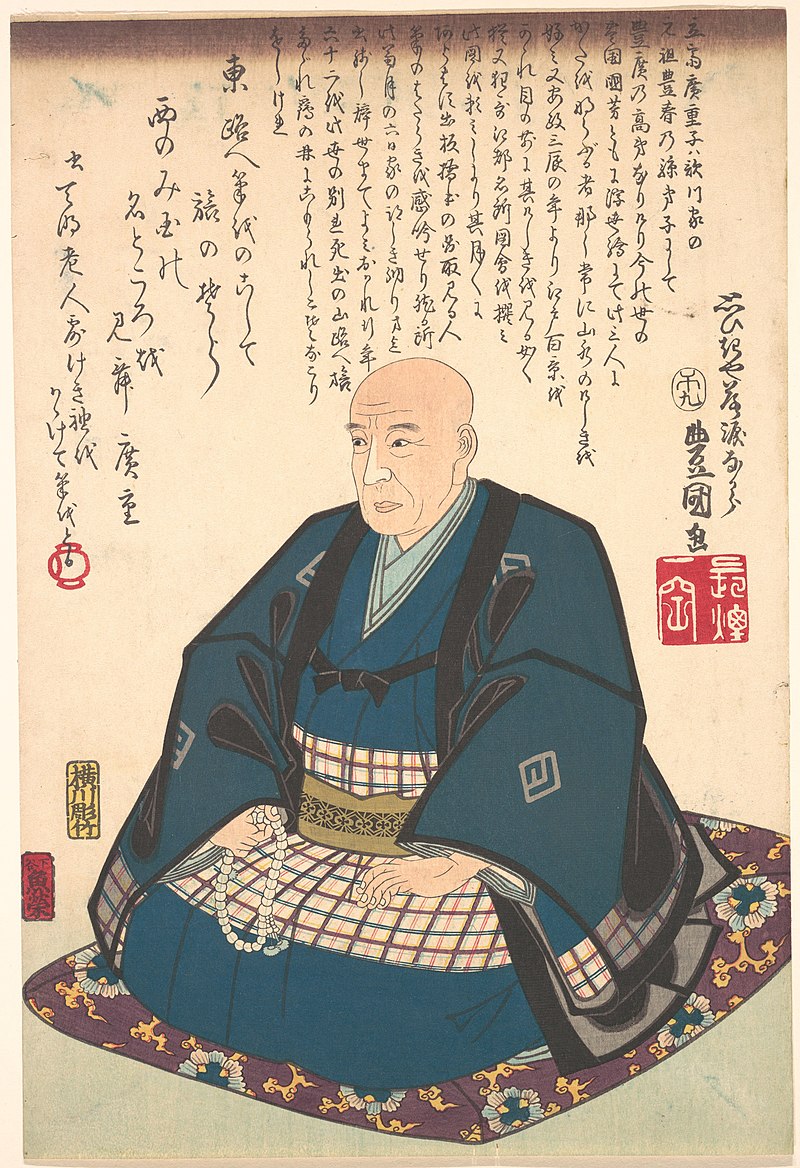 Shimabara (嶋原) was an authorized pleasure district of Kyoto.
The district was surrounded by a mud wall of 1.8m and moat of 2.7m and initially, it had only one gate at east side of the district.
In 1732, another exit was created at the west side as well. Each gate has each Gate (門) and Bansho (番所), a facility in which guards were stationed for security and surveillance.

Popular tourist destinations near Shimabara Gate, Nijo castle, Kyoto residence of Tokugawa Ieyasu, the first shogun of the Edo Period (1603-1867) and Mibu dera temple, 1029 years old, grand head temple of the Ritsu Sect and famous for a garrison of "Shinsengumi" 新選組" - special police force organized by the Bakufu (military government) during Japan's Bakumatsu period (late Tokugawa shogunate) in 1863, as well as Mibu Kyogen Performance. Nishi Honganji, one of two head temples of the Jodo Shinshu sect of Buddhism is near Shimabara gate.


Thank you for reading! Be safe!

Office Flora "JAPANOPHILE " Promotion was founded as a Japanese culture Research firm in 2017. We provide exciting information on Japanese Art and Culture and offer intellectual excitements though the prism of Hiromi Nishiwaki. We provide deep insights about Japanese traditional culture and Art from a Western perspective while keeping the core concepts from the Japanese Spiritual and traditional values intact. Our mission is to contribute to world happiness and prosperity.

This site uses Akismet to reduce spam. Learn how your comment data is processed.

JAPANOPHILE +Communication Expert- A Japanese culture researcher who can provide deep insights about Japanese traditional culture and Art from a Western perspective while keeping the core concepts from the Japanese Spiritual and traditional values intact. Open-minded Cross Cultural Facilitator with a combined 15 years of experience in business analysis and sales promotion in investment banks. Demonstrated coordination competencies through bridging the gap between Japan and other countries and improving communication quality for a multinational organization with multicultural teams.
read more

Cherry Blossom -Song of Life, Song of love - By Hiromi Nishiwaki I am a flower that symbolizes Japan. A country, from where the sun rises. When I bloom, I play my song, song of Read more…

えりを抜きたい Wanting to Tweeze the Nape of the Neck

Hello My friend! Today I'd like to introduce a new fountain pen from Hachimonji-ya in Yamagata prefecture. Yamagata is situated in the Tohoku Region, North of Tokyo. Pelican Stone Garden (modeled on Souverain M800) Ukiyo-e Read more…